Learn about most popular investing theory and do first step to make profitable transactions on Forex, Stock Market …

According to the statistical data provided by the brokers, even 90% of the debutantes is losing all their money in a period of six months! Also, 80% of Investors lose on the transactions during a year and on average, after losing 15 000 dollars they stop their attempts of investment. If you don’t want to be in a group of people losing money on investing, you are in the right place. Taking part in this course you will make a first step to understanding the market and you will give yourself a chance for a profitable investments.

This course is about the most popular investment theory created by Ralph Nelson Elliott. Elliott Wave Theory is used in transactions by individual analysts and people working for the biggest financial institutions in the whole world. In this course I will explain the most important issues of the Elliott Wave Theory and additionally I will describe the use of the Fibonacci numbers concerning the Wave Theory of Elliot.

In this course I will teach you:

Using this theory in your analysis you will be able to make profitable transactions on Stock Market and Forex – Foreign Exchange.

This course can be classified as Forex basics, Stock market Basics Course because many people just starting their adventure with investment on market by learning the theory of Elliott Wave.

The Wave Theory enables the unlimited profits ! Investing based on this theory enables to analyze the monthly charts as well as speculating on really low time intervals like M5, M15 and earning money on Day Trading ! Elliott Wave Theory also is used by many investors into creating investment strategy and even investing systems. 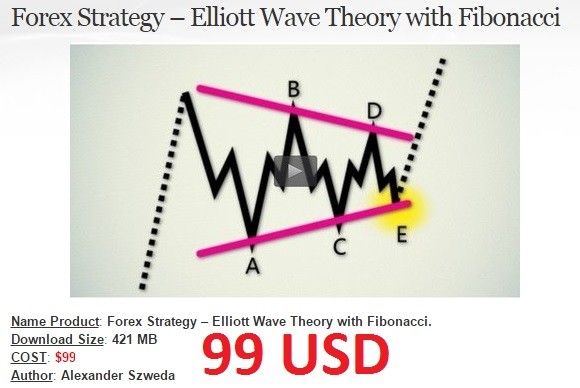 There are no reviews yet.

On all order over